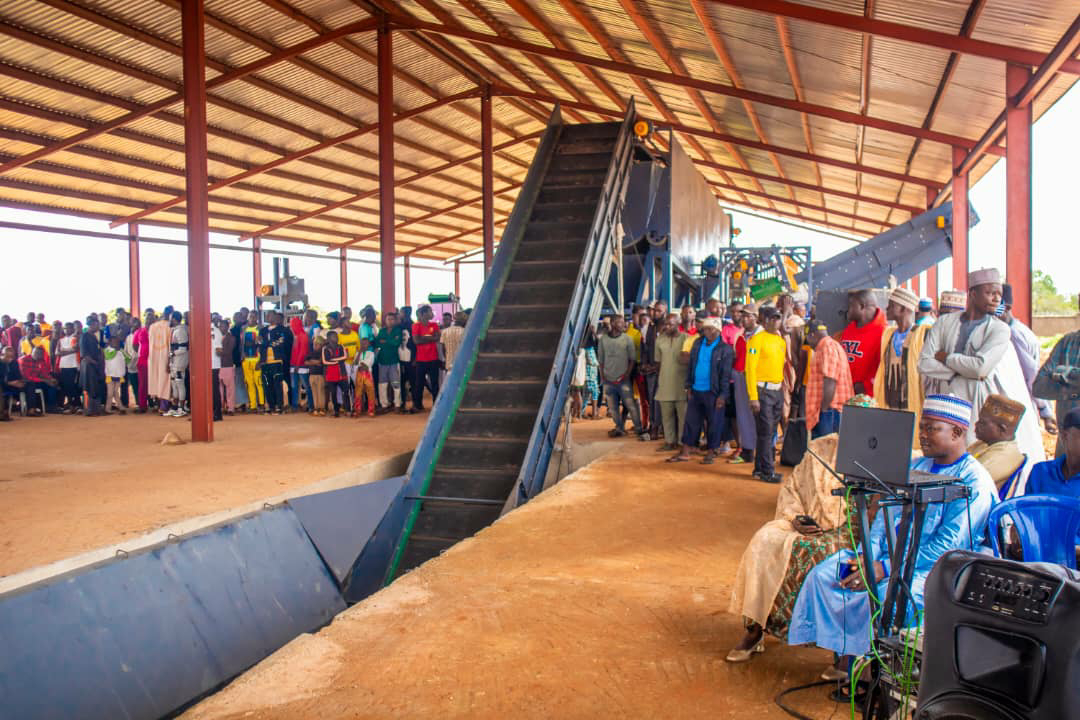 The residents in Nasarawa State have heaved a sigh of relief given the mounting waste dotting its landscape as President Muhammadu unveiled waste management facility.

Commissioning and handing over the Integrated Solid Waste Management System in Lafia, the state capital on Thursday, the President informed that the project renewed government’s commitment to clean and healthy environment.

The project was one of the eighteen ecological interventions approved by the President for the first quarter of 2020, and was awarded by the Ecological Project Office (EPO), Office of the Government of the Federation (OSGF) in 30th May, 2020.

He said that efficient waste management is a global concern, which required extensive research and development works towards exploring newer applications for a sustainable environmental.

According to him, “Research has shown that indiscriminate disposal of municipal solid waste is increasing and also linked to poverty, poor governance, urbanisation, population growth, poor standard of living, low level of environmental awareness as well as inadequate management of environmental knowledge.”

Represented by the Minister of Environment, Barr Mohammed Abdullah, he said that the project was meant to checkmate improper waste management and guarantee sustainable environmental protection in the communities.

He stated that the intervention would lead to huge relief in Lafia city, given its longstanding ecological crisis, just as it would reduce risks associated with waste management and environmental pollution.

The President encouraged the benefitting communities to guard the project jealously to avoid vandals from destroying the installed waste management equipment.

Also speaking, the Governor of Nasarawa state, Engr. Abdullahi Sule commended the federal government for the laudable project, expressing optimism that it would aid in addressing environmental challenges.

He said that the project is part of federal government’s contributions towards tackling environmental challenges and enhancing waste to wealth initiative in the state and Nigeria generally.

The Governor, who was represented by the Secretary to the State Government (SSG) of Nasarawa State, Mr Mohammed Aliyu Ubandoma, stated that tackling environmental devastation is part of the State’s development agenda.

Engr Sule revealed that residents in Karo and Mararaba axis, likewise in other urban settlements were taunted with indiscriminate dumping of refuse, with dire consequences on their health and wellbeing.

He promised to explore Public Private Partnership (PPP) windows with willing investors that would replicate the plant model in other settlements.

The Commissioner of Environment and Natural Resources in the State, Hon Kwanta Yakubu, lauded the initiative, adding that the state had initiated policies, programmes and actions in tackling environmental challenges such as the monthly sanitation exercise, ban on production and use of charcoal in commercial quantity, and Operation Green Nasarawa State.

On his part, the Acting Permanent Secretary of EPO, Dr Famous Eseduwo, said that municipal solid waste management facility is an important part of urban infrastructure that would protect the environment and human health.

He added, “It’s in cognisance of the dire need to tackle the menace of solid waste in the country that the federal government approved this project for the safety of the community, as it will improve their socio-economic activities.”

Eseduwo praised the project contractor and consultant for their efforts towards the timely completion of the project.

The Emir of Lafia, HRH Retired Justice Sidi Bage, applauded the federal government and EPO for the intervention, just as he thanked the immediate past Permanent Secretary of EPO, Dr Habiba Lawal for facilitating the timely completion of the project.