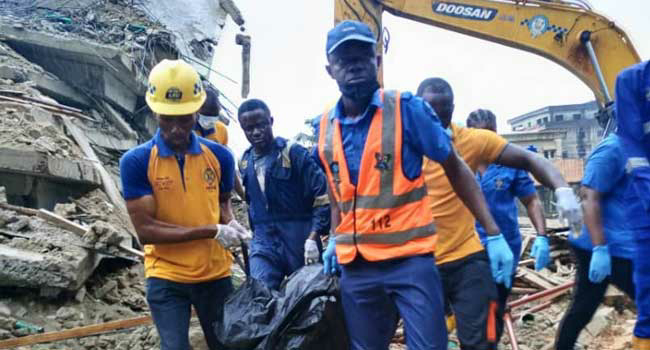 Two people have been confirmed dead while six are still trapped under the debris of a collapsed seven-storey building at Oba Idowu Oniru Street, Lekki Lagos.

The building, which was under construction caved-in in the early hours of Sunday, requiring a heavy-duty equipment excavator to rescue the trapped victims.

NAN reports that operations are ongoing to rescue the remaining trapped persons under the rubble.

Farinloye said, “Seven-storey building collapsed at Sand field bus stop, Lekki. Six people are said to be trapped and responders are on ground.”

Speaking on the collapse, the Permanent Secretary, Lagos State Emergency Management Agency (LASEMA), Olufemi Oke-Osanyintolu stated that the collapsed building was under construction.

“No injury sustained. However, about six people are reported to be trapped under the rubble of the collapsed structure.”

“The agency’s heavy duty equipment excavator will be required for the rescue of the trapped victims. We have activated Lagos State Response plan. The operation is ongoing. More updates to follow,” he added. 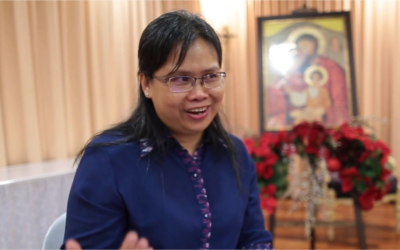 The Malaysian High Commissioner to Nigeria, Gloria Tiwet has revealed that about  13,000 Nigerians study annually... 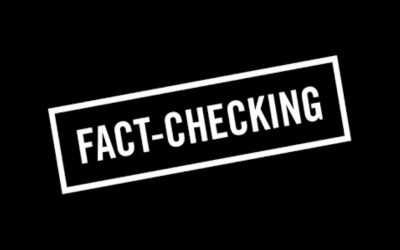